Australia to Provide $15m to Support Research into Psychedelic Medicines

Last week, the Australian government announced it would provide $15m of funding to support research into psychedelic medicines and their impact on treating mental health conditions.

The Mental Illness Grant Opportunity represents a new approach towards the likes of psilocybin, MDMA and Ketamine for Australia, where it is hoped that further legislative action and research will expand access to psychedelic medicines.

Researchers say this funding represents an opportunity for Australia to develop revolutionary treatments that will not only be more effective at curing some mental illnesses, but won’t see patients becoming over-reliant on medication.

“Australia used to be leaders in the world when it came to drug and alcohol policy, but in the last 10 to 15 years we’ve slipped back to a zero-tolerance, prohibition approach and we are way behind the rest of the world, who are decriminalising and revolutionising these types of drugs,” Source

Across the US and Europe, research and regulations are being developed at an exceedingly fast rate, as the potential health and economic benefits become more clear as more evidence supporting psychedelic medicines is published. 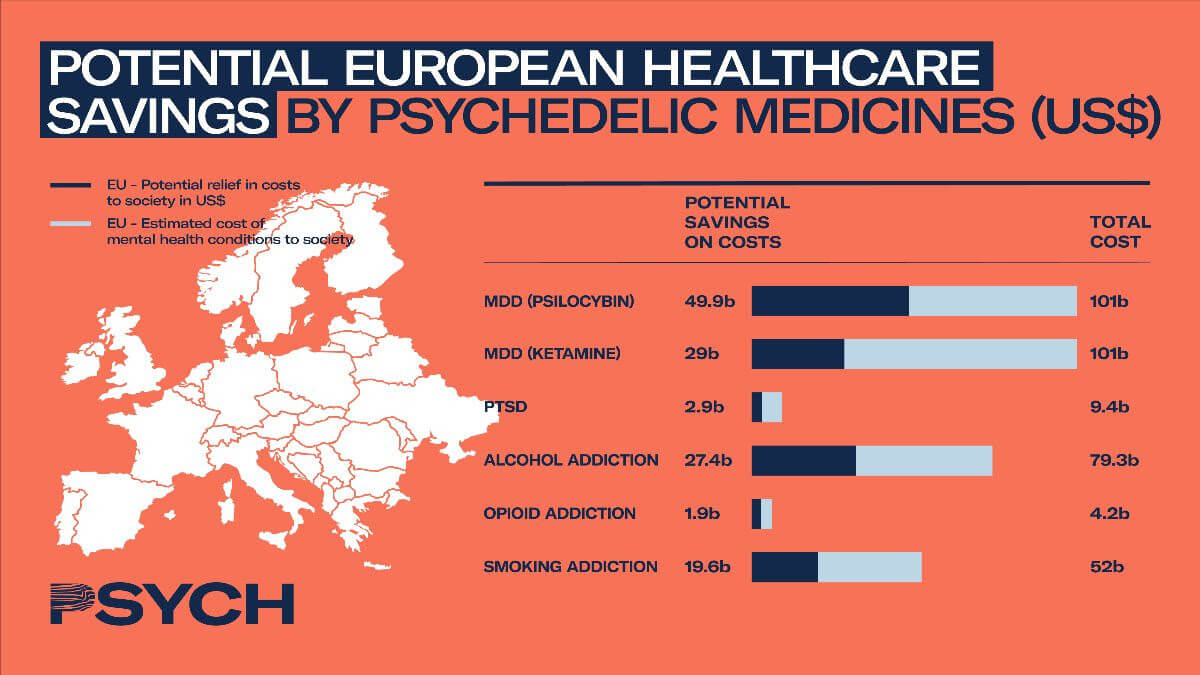 Experts in Australia believe that the country has to compete and become home to a domestic industry and let go of conservative views regarding psychedelics.

“Australians are suffering and dying and these treatments offer an opportunity for true healing … We need to put aside the politics from 50 years ago and start putting people’s lives first”. Source

Research published before the outbreak of COVID-19 estimated that four million Australians suffer from a mental health disorder annually, and almost half of all Australians will be affected by mental illness during their lifetime.

Anxiety disorders are the most common mental illness, affecting more than 14% of adults each year, along with depression and substance abuse disorders. Up to 12% of Australians experience PTSD during their lifetime, evidence suggests.

These figures are likely to be significantly higher as a result of the impact of COVID-19, with many experts predicting that the mental health crisis could dwarf the impact of the virus itself and that problems could impact people for years to come.

The need for alternative and more innovative treatments for mental health has come into sharp focus as a result, as current best practices are not deemed good enough by a wide range of experts, including Professor David Nutt, the former Chief Drug Advisor to the UK government and Scientific Advisor to Awakn Life Sciences.

“Psychedelics are ushering a whole new paradigm for psychiatry with other countries moving very fast and we don’t want to be left behind. Current psychiatric treatments are not adequate for a significant proportion of patients.” Source

Unlike existing medications, such as antidepressants – which have to be taken for a long time to be effective, can be difficult to wean off, and can cause unwanted side effects – psilocybin and MDMA are fast-acting treatments that may only need to be taken three times over a couple of months under clinical supervision to be effective.

Whereas the success rate of existing medications to treat psychiatric conditions is around 30% to 40%, small international trials using psilocybin and MDMA to treat depression and PTSD have found remission rates ranging from 60% to 80%.

Dr Arthur Christopoulos, Dean of Monash University’s faculty of pharmacy and pharmaceutical sciences, said the government had realised the “achilles heel to treating the mental health tsunami is the lack of truly new and effective medicines to treat mental illness”.

“Every single psychiatric drug on the market is based on research that is at least 50 years old,” said Christopoulos, who specialises in drug discovery and neuropharmacology.

“We have had enormous advances in the destigmatisation of mental illness, in support systems, in mental health advocacy, but there have been effectively zero new additional therapies.”

“We have evidence that it’s working and we don’t know how, so we are going to take the lead in doing proper trials at scale with something that can change the way you treat mental illness with medicines.” Source