For the first time, stock in a psychedelic medicine company was traded on the market – and it was major success. Compass Pathways (NASDAQ: CMPS) went public by launching its IPO earlier this months and sold 7.5 million shares, raising $127.5 million, per Market Watch. Shares were initially offered at US$17, and the first stock trade was at US$23.40. The stock closed at US$29, an increase of 70%.

Compass can attribute much of its success to its recent patent for synthetic psilocybin, COMP360, for use in treating treatment-resistant depression (TRD) that was granted by the US Patent and Trademark Office in January. Having investors such as Peter Thiel, founder of PayPal, only further bolsters investors’ confidence that Compass is establishing itself as a leader in psychedelic medicine.

The UK-based company is currently conducting a phase 2 clinical trial that uses psilocybin to treat TRD. The therapy received a breakthrough treatment designation by the US Food and Drug Administration (FDA) in 2018. The breakthrough designation accelerates the FDA’s drug-approval process and is awarded when preliminary evidence indicates a therapy could be substantially better than available therapies.

The capital raised by the IPO will be used to fund the eventual phase 3 of the psilocybin clinical trial. Phase 2 of the trial is estimated to be completed in December 2021.

Looking forward, though, Compass faces competition from the nonprofit Usona Institute. Casey Turnbull, a Usona Institute board member and President of Heffter Research Institute, challenged Compass’s controversial psilocybin patent application, claiming that it was “prior art” that was already available to the public. Compass withdrew and resubmitted its patent application twice in response to the challenge before ultimately being awarded the patent.

Usona continues to publicize its research on synthesizing psilocybin, which may undercut the strength of Compass’s patent.  The US-based nonprofit published in August its method of producing 1.2 kilogram batches of pharmaceutical-grade psilocybin and said it is providing the drug to qualified researchers at no cost. 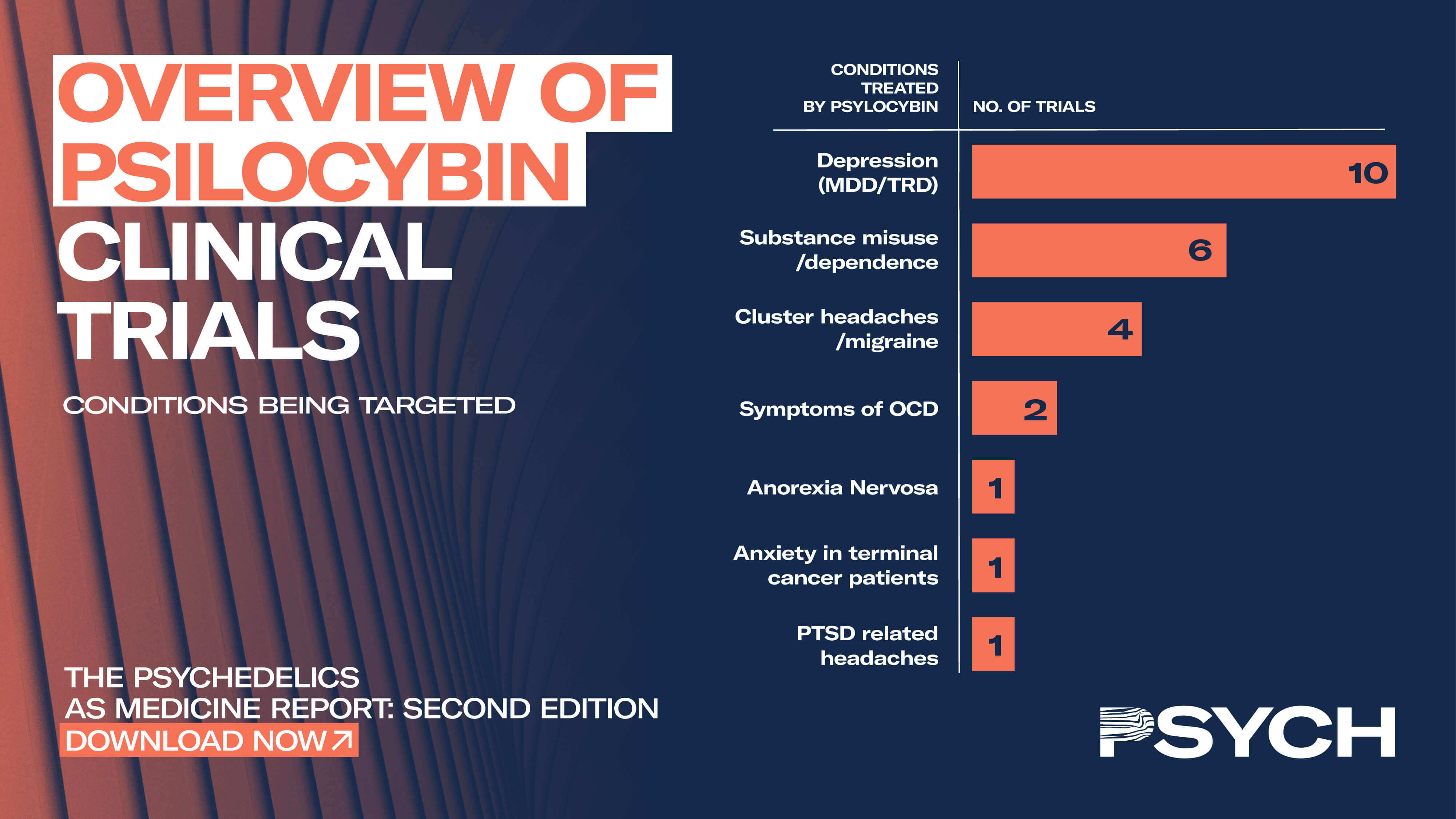 Additionally, Usona was also granted a breakthrough therapy designation for its phase 2 study of psilocybin for treatment of major depressive disorder (MDD). MDD is a broader application than Compass’s TRD application, as TRD only occurs in up to 30% of patients with MDD. However, aiming for approval for more specific indication and expanding its application (known as “label expansion”) is not uncommon and could be a matter of strategy for Compass.

Phase 2 of Usona’s study is estimated to finish in February 2021 – ten months before Compass’s phase 2 study. Delays are commonplace in clinical trials, though, and the race for which psilocybin treatment will be approved first will be an interesting development for the industry.

Forging unchartered territories, as Compass is doing in the psychedelic space, will undoubtedly have its challenges. “The challenges are going to be around adoption as opposed to any kind of regulatory or approval process,” said Michael Auerbach, General Partner at Subversive Capital and an early investor in Compass. “I think the challenge is going to be on the consumer end and the physician end, which is getting psychiatrists and psychopharmacologists comfortable with psilocybin as part of their tool kit to treat their patients’ depression and other mental health challenges.” 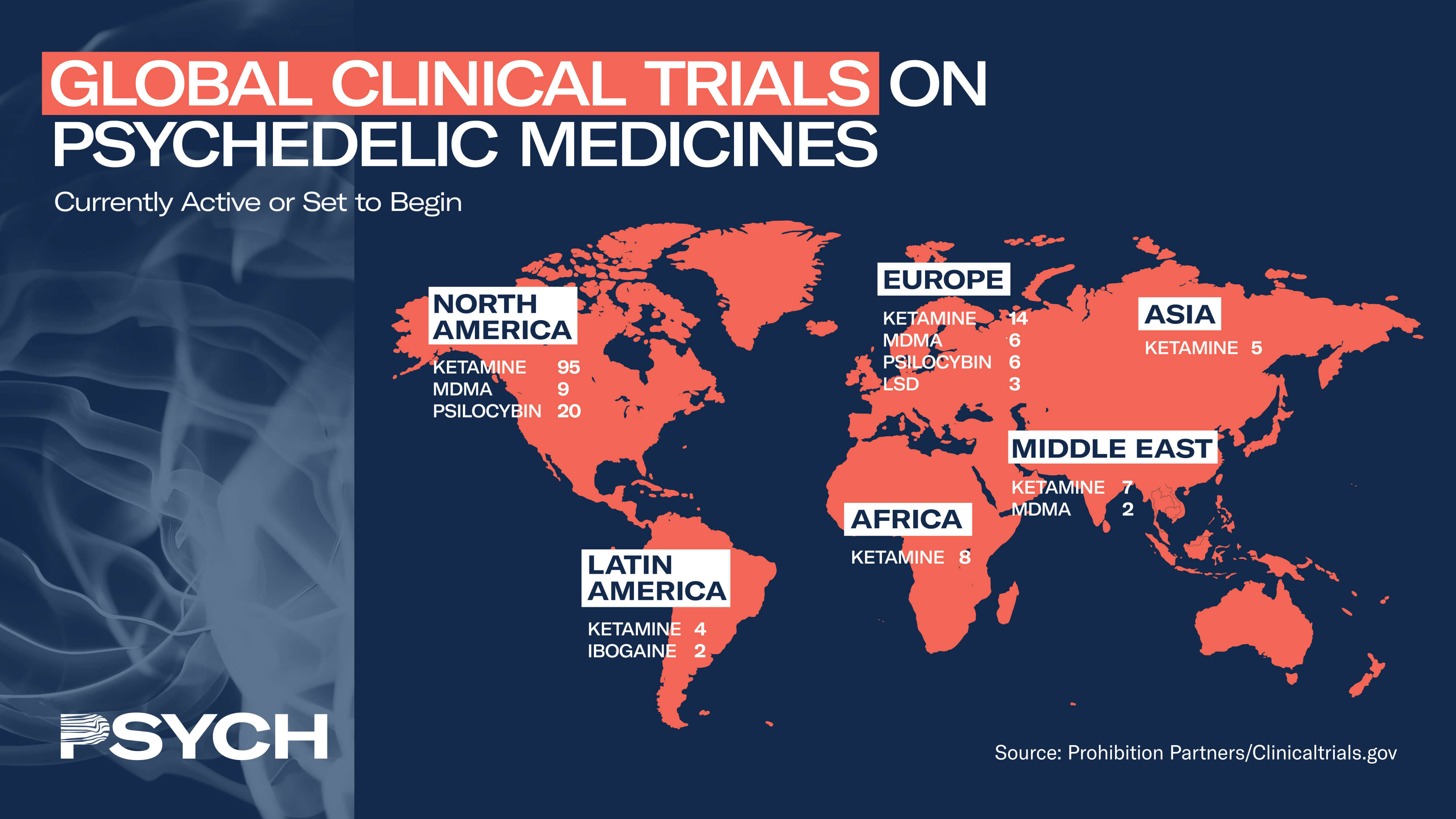 The success of Compass’s IPO, however, demonstrates that investors are not too worried about the competition or Compass’s ability to meet those challenges. “Because the competition has to go through the same process of FDA pathway, Compass is just far more advanced than any of the companies that are coming behind it in terms of federal regulatory support for the compound and treatment protocol,” said Auerbach. “I think Compass will maintain its pole position for quite some time.”

Comparisons between what has happened in the cannabis sector and what may happen in the psychedelic sector come naturally, and Compass might be positioning themselves like GW Pharmaceutical, maker of CBD-based FDA-approved Epidiolex. “[GW and Compass are] similar in the sense that they’re going after an FDA pathway version of what has been an illicit drug,” Auerbach says.

However, due to the inherent differences between psychedelics and cannabis, the commonalities likely end there. “We’re not going to see psychedelics for sale in dispensaries or over the counter. The only path for psychedelics is an FDA or EMA pathway,” says Auerbach, who is also heavily involved in the cannabis sector.  “It’s not going to follow the cannabis model.”

Learn more about Compass Pathways and the work the organisation has planned in the future during The Psych Symposium at Prohibition Partners LIVE, November 17-20.

Get tickets to the virtual event, here.