In 2021, psychedelic medicines moved from the frontiers of scientific research to the front pages of newspapers worldwide.

This was driven by a growing body of research and the results of groundbreaking clinical trials. Studies have demonstrated the potential for psychedelic medicines to treat a wide range of illnesses, where currently available treatments have proven ineffective, which has garnered the support of healthcare providers, patients and the public.

The Psychedelics as Medicine Report: Third Edition revealed two-thirds of Europeans and North Americans support the legalisation of psychedelic-assisted therapy, with jurisdictions enacting legislation to facilitate its adoption. Six states in the United States have decriminalised psychedelic medicines, with 20 loosening regulations to support research into their efficacy.

Dozens of drug development companies are sponsoring clinical trials with psychedelic medicines, many of which are publicly listed. As investment in psychedelic companies has surpassed US$2 billion, resources that can be invested in the research and development of psychedelic-assisted therapies have skyrocketed.

This has created an environment conducive to the accumulation of clinical evidence on the efficacy of psychedelic medicines at an unprecedented rate. Over 300 clinical trials have been conducted since the turn of the century, with over 50 currently taking place, and psychedelic research centres have opened at Imperial College London, Harvard University and Massachusetts General Hospital. The majority of the trials are still in Phase I, which explores the treatment’s safety, before moving on to investigate efficacy in phases II and III. 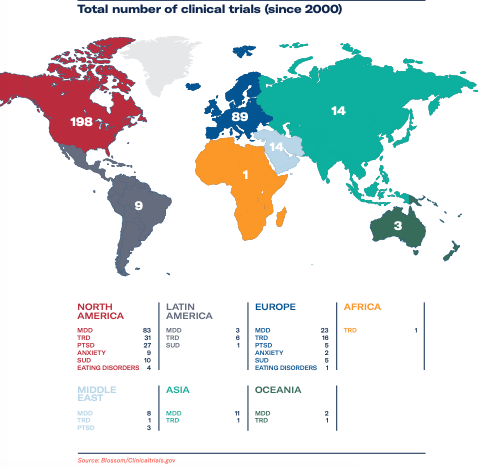 The only psychedelic treatment currently in Phase III clinical trials is MAPS’ MDMA-assisted therapy for PTSD, with FDA approval expected in 2023. Earlier this month, COMPASS Pathways released data from its Phase II study to combat treatment-resistant depression, which, although impressive, saw the company’s share price fall 22%.

This presented a lucrative opportunity for savvy investors to support a well-funded company at the forefront of psychedelic research. atai Life Sciences, the largest publicly traded psychedelics company with underwriters including CitiGroup, Berenberg and RBC Capital Markets, is COMPASS’s largest shareholder and increased its ownership stake in the company from 19.4% to 20.8%, for US$12 million.

To support the escalating number of clinical trials, the DEA has bolstered its proposed production quotas for psychedelic medicines – particularly MDMA, psilocybin, DMT and LSD.

The federal agency announced that the quotas for MDMA and DMT production will be increased from 50 grams each in 2021 to 3,200 grams in 2022. Substantial increases in other compounds have also been mooted, with the LSD quota raised from 40 grams in 2021 to 500 grams next year.

This indicates government support for psychedelic medicines and their development, with decriminalisation campaigns sweeping the US. Last year, Oregon became the first state to decriminalise personal possession of all drugs. Washington, Colorado and New Jersey have also enacted reduced penalty legislation for possession of naturally occurring psychedelics, with California expected to go to the polls in 2022.

The majority of North Americans and Europeans now support the regulation of psychedelic-assisted therapy, in a significant shift that could expedite its adoption. In the UK, a recent YouGov survey found overwhelming support for the rescheduling of psilocybin for research purposes, with MP Crispin Blunt championing the campaign alongside the Conservative Drug Policy Reform Group.

The excitement around the promise of psychedelic medicines has been echoed by health providers, practitioners and their patients. The Psychedelics as Medicine Report found over two-thirds of medical professionals support easing restrictions that hinder research, with 60% hoping to provide psychedelic-assisted therapy in the future.

Patients, for many of whom current treatments don’t work, strongly support the availability and accessibility of psychedelic medicines – if proven to be safe and effective. The compounds consumers are most willing to try include MDMA, psilocybin and LSD, with knowledge of their efficacy in clinical trials on the rise. 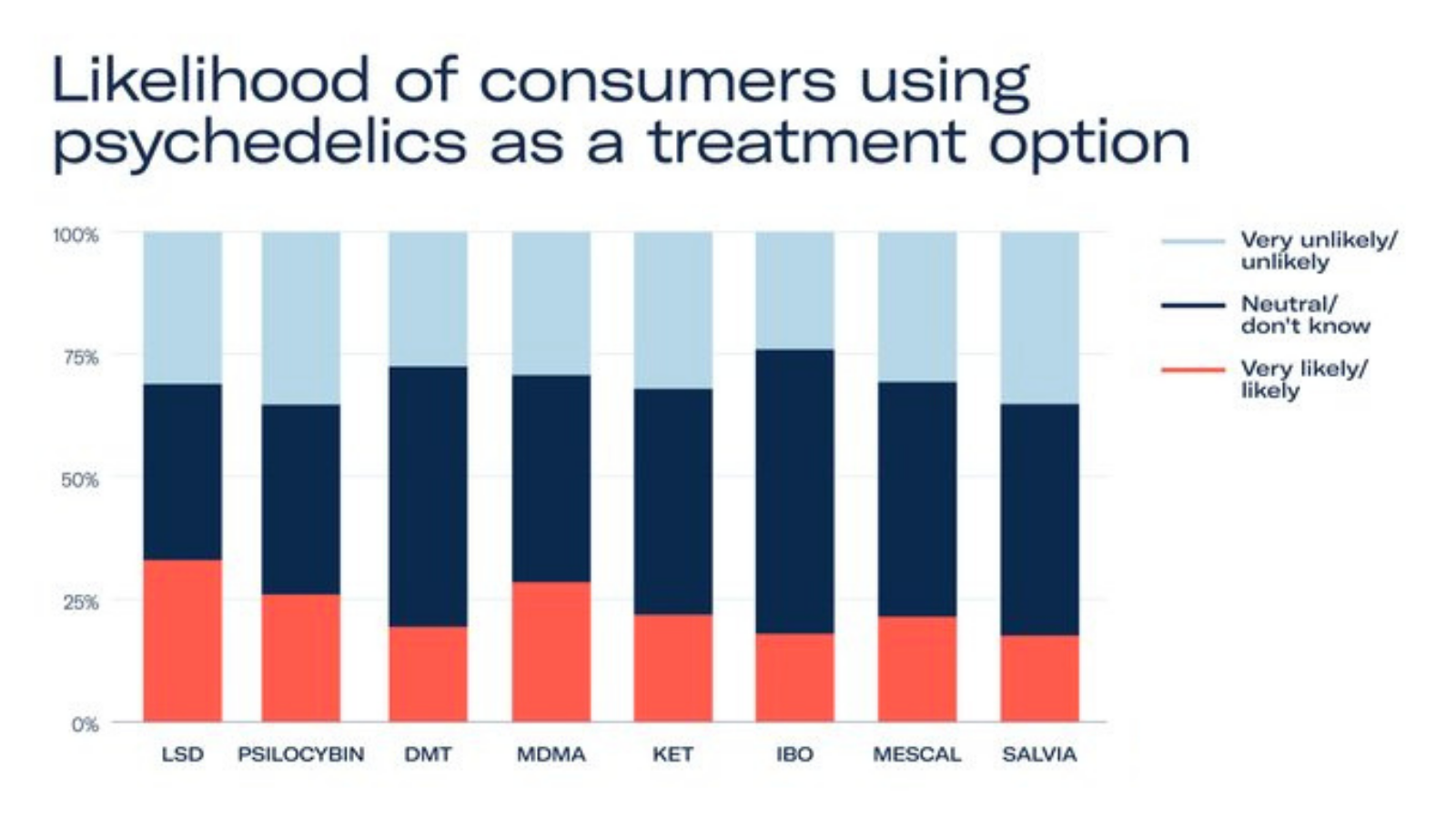 With a burgeoning number of clinical trials expected to take place in 2022 and 2023, supported by increased investment and revised regulations, the psychedelic healthcare industry is expected to exceed US$2.4 billion by 2026. Following their regulatory approval in 2023 and 2024 respectively, MDMA and psilocybin-assisted therapies are expected to account for the largest share of the emerging market.

For further investor intelligence on the psychedelic science and healthcare industry, download The Psychedelics as Medicine Report: Third Edition, powered by Blossom.