For psychedelic medicines to reach as many patients as possible, developers need to secure buy-in at every level of the treatment delivery chain. This is particularly true with regards to practitioners on the front line, as these are the individuals that ultimately provide breakthrough therapies over more established, but often less effective, alternatives.

To identify the sentiment of healthcare providers in the UK, researchers for The Psychedelics as Medicine Report: Third Edition asked for their views on current mental health solutions and perceptions of psychedelic-assisted therapies. 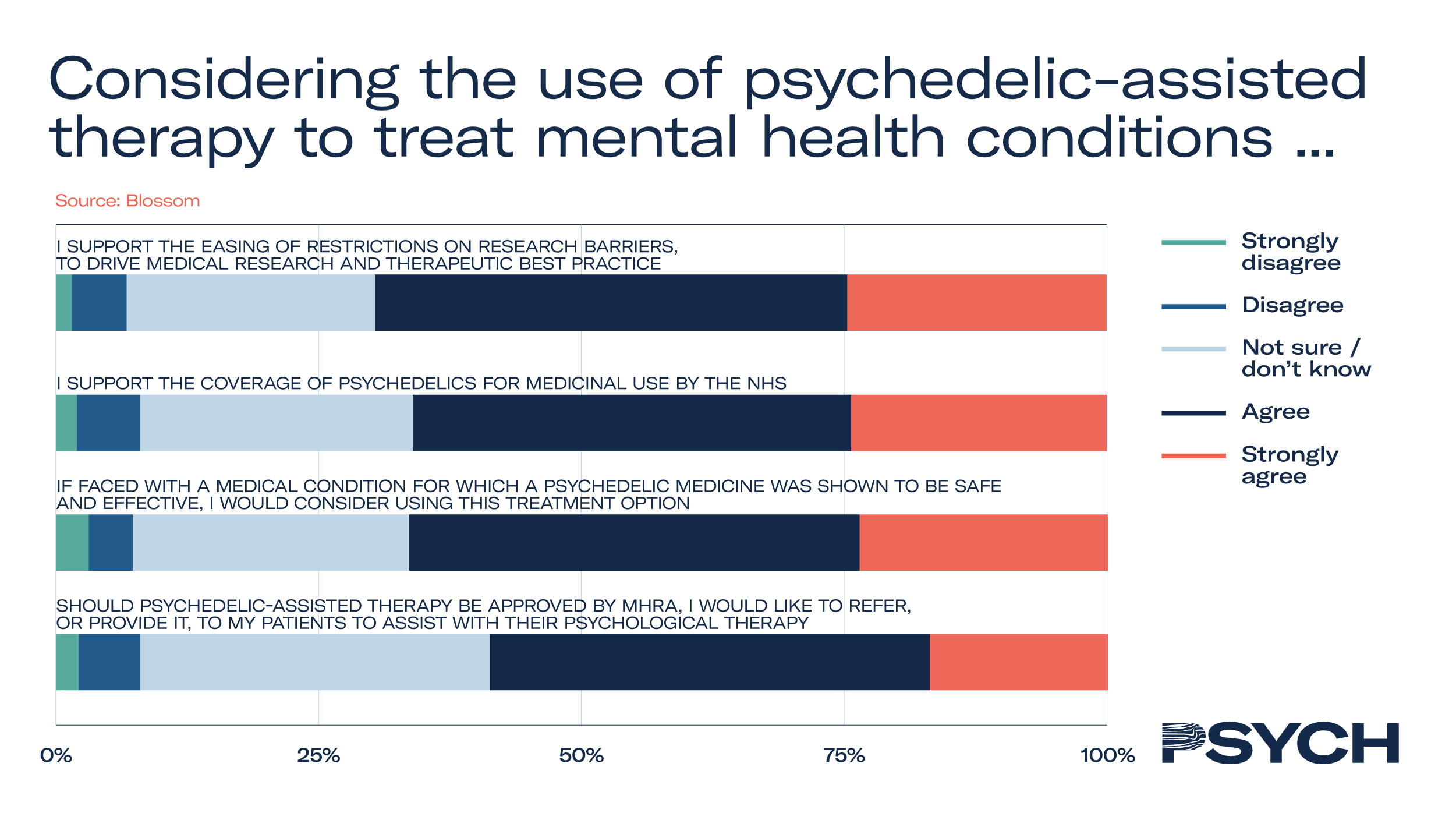 Since the turn of the century, over 325 clinical trials with psychedelic medicines have taken place globally. The survey revealed the vast majority of health workers believe psychedelics can provide therapeutic benefit to users in a medical setting, with 70% supporting the easing of restrictions to facilitate greater research. Furthermore, familiarity with this research is high, with 75% of healthcare providers aware of studies into psychedelic-assisted therapy’s efficacy to treat PTSD. This is encouraging as MAPS’ MDMA-assisted therapy for PTSD is expected to be regulated in 2023, following its pivotal Phase III clinical trial.

Doctors were the most informed profession surveyed, with eight out of ten aware of psychedelic medicines’ ability to treat mental health disorders. In contrast, just three out of ten nurses in the UK identified themselves as ‘knowledgeable’ on the latest research into psychedelic-assisted therapy.

When asked about their understanding of psychedelic-assisted therapy’s ability to treat addiction and eating disorders, those working in psychiatry were most knowledgeable. This was expected, as the research has the largest ramifications for their field of expertise, but is also promising as Awakn Life Sciences is currently conducting a Phase II study to reduce alcohol addiction with ketamine-assisted therapy, alongside an assessment of the NHS’s readiness to embrace such treatments.

Speaking exclusively to PSYCH, Awakn’s head of ketamine-assisted psychotherapy for addiction, Professor Celia Morgan, said: ‘We’ve got to work with commissioners to look at different treatment services and the best way to implement them, then we can think about building these services out. The NHS incurs high costs from people not recovering from alcohol use disorder, about £3.5 billion a year, so any effective treatment represents a substantial cost saving.’ 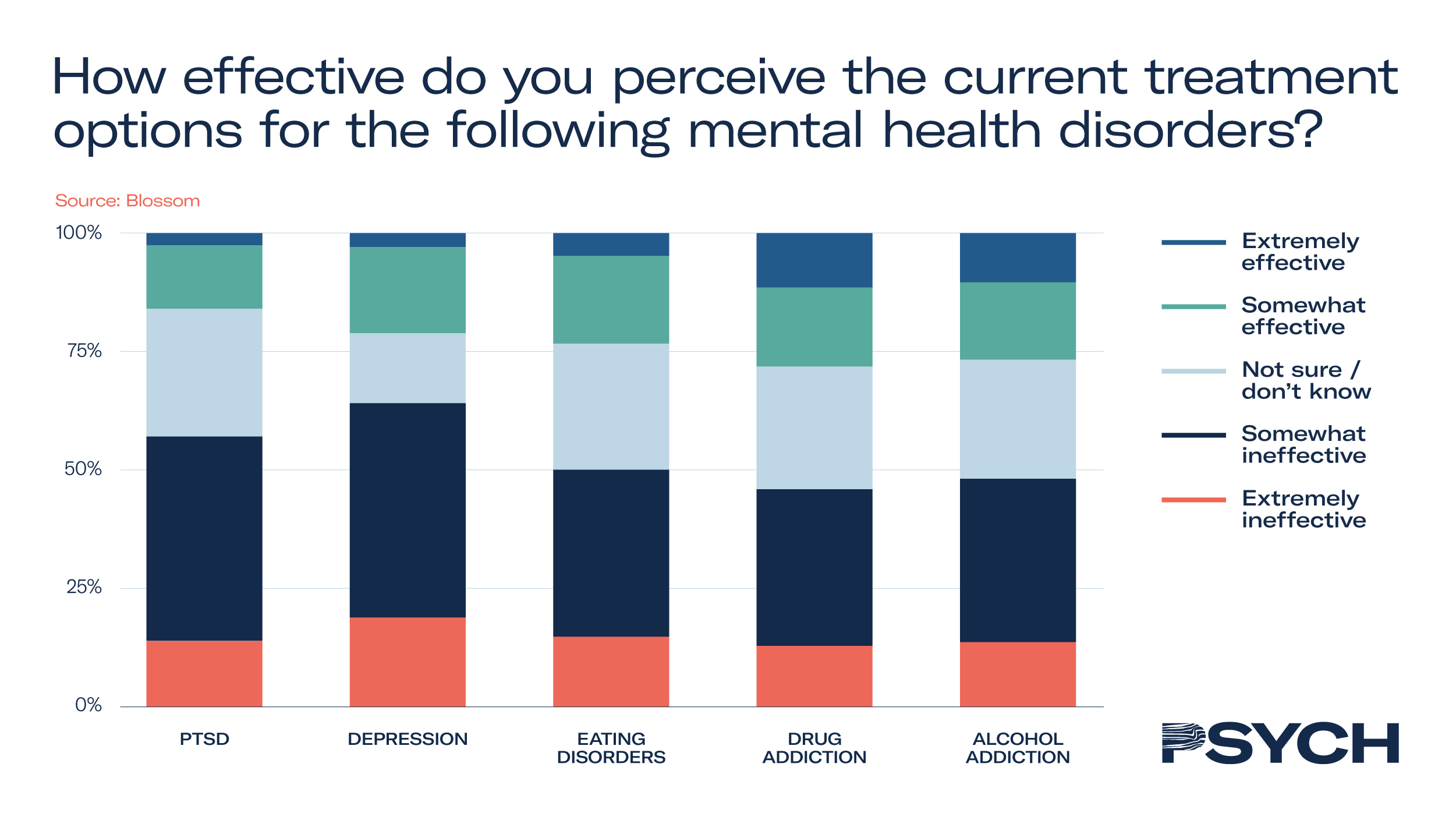 Less than half of medical professionals believe current treatments for alcohol and drug addiction are effective, due to high rates of relapse which place a heavy burden on healthcare providers. The Psychedelics as Medicine Report calculated European economies could save over US$31 billion by adopting psychedelic-assisted therapies to treat alcohol use disorder, while the US economy could recoup a staggering US$143 billion.

Similarly, roughly one in four practitioners believe current treatments for depression are extremely ineffective, with treatment-resistant depression afflicting 77 million worldwide. This huge patient population, combined with a dearth of effective treatments, signals a substantial commercial opportunity for drug developers and their early investors.

Speaking about the announcement, George Goldsmith, CEO of COMPASS Pathways, commented: ‘We set out to explore the safety and efficacy of COMP360 psilocybin therapy in treatment-resistant depression, through a rigorous and large-scale trial, and to find an appropriate dose to take to the next stage. … With these compelling data, we will urgently progress our clinical development programme and move closer to making this therapy accessible to patients in need.’ 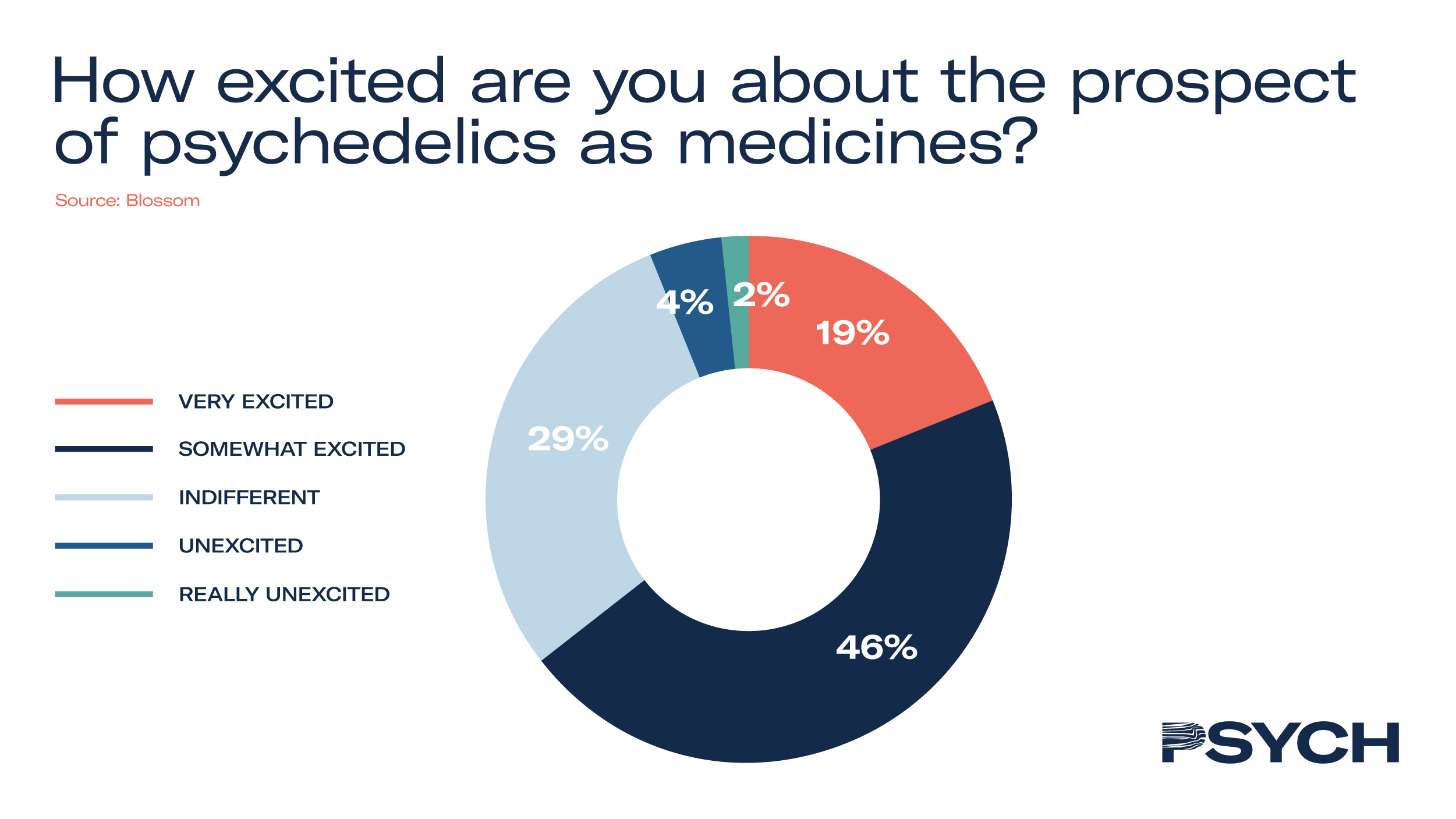 Buy-in from the UK health sector

This bodes well for the future of psychedelic healthcare in the UK, as these practitioners will be the ones to deliver psychedelic-assisted therapy – with their support fundamental to the industry’s success.

The survey conducted for The Psychedelics as Medicine Report: Third Edition captured a diverse population of healthcare workers, including those who work in general practice (16%), surgery (12%), psychiatry (8%), public health and policy (6%), paediatrics (6%) and anaesthesia (5%).

For further investor intelligence on the psychedelic science and healthcare industry, download The Psychedelics as Medicine Report: Third Edition, powered by Blossom.