Learning from the North American Psychedelics Market: is Europe Following in its Footsteps or Forging its Own Path?

Alternative health is a rising trend across all corners of the world; the global psychedelics industry is currently expected to be worth over US$100 billion, with the potential to save US$1 trillion on lost productivity, disrupting the way we approach healthcare. But how this industry is developing on either side of the Atlantic differs in terms of the approach to investment, regulation, type of research and products being developed.

On 21 April, leaders in the burgeoning field of psychedelic business and investing gathered for the first PSYCH Investor Summit: Europe & Asia. A curated investor audience gathered in a virtual conference venue and engaged on topics ranging from patents and IP to psychedelic lessons learned in more mature markets.

The opportunities for psychedelics in both the US and Europe are staggering. Proprietary PSYCH data estimates that psychedelic-assisted therapies for major depressive disorder alone could tally up to as much as US$230 billion in cost savings in the US, and US$80 billion per year in Europe.

Proprietary PSYCH consumer data further demonstrate that 81% of adults in the US and UK support additional research into psychedelics for the treatment of mental health conditions, while 45% know someone who would benefit from psychedelic-assisted treatment. These findings are captured in the Psychedelics As Medicine Report: Second Edition.

Bek Muslimov, founding partner of Leafy Tunnel, an early-stage venture capital firm investing in alternative medicine, explained that when looking at investment opportunities in alternative health, while the firm’s investment strategy in Europe remains primarily focused on cannabis, investment in psychedelics looks beyond and takes on a more global perspective.

According to Muslimov, ‘On psychedelics, we look beyond Europe, so we invest globally… our investments include biotech companies such as Atai Life Sciences. Another one is Beckley PsyTech, which is based in the UK and provides ancillary services. We also invested in Maya Health, which is a software to help psychedelic practitioners measure patient outcome during psychedelic assisted therapies, as well as in Synthesis Institute, which is enabling the ecosystem through education of psychotherapists.’

Indeed, where treatments with psychedelics to treat personal trauma are already taking place in some European countries, such as in the Netherlands through Synthesis Institute retreats, the global appeal of psychedelic medicines and treatments becomes clear. Synthesis is leading a movement that aims to transform the way people approach emotional, cognitive and spiritual well-being, through safe and legal truffle experiences, with patients flying in to its retreats from across the globe, including from North America, where the current regulations do not widely permit treatments using psilocybin.

One of the key barriers to the progress of the psychedelics industry in both markets is the slow development of legal frameworks that allow for the necessary research and clinical trials to be carried out, in order to then safely develop and regulate patient treatments by trained therapists. 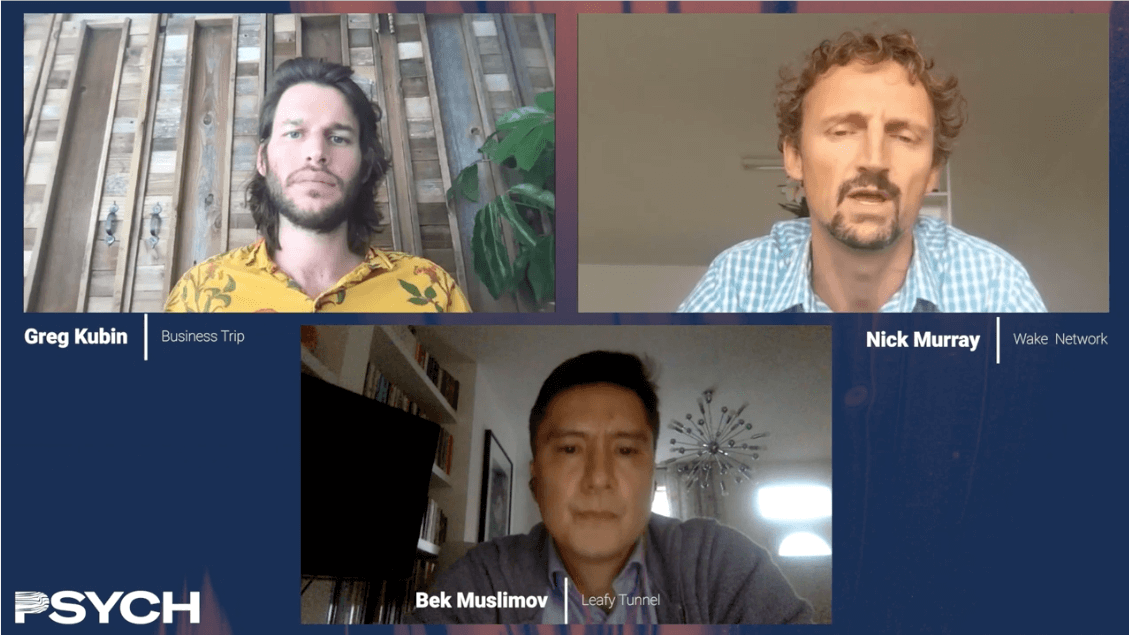 Nick Murray, Co-Founder and CEO of Wake Network, which aims to bring fungi medicine to the forefront of the health and science community, says that countries such as Canada are a good example of how having a cohesive regulatory system can benefit operators.

‘It makes things a little easier for us. Perhaps the EU could learn from that,’ suggests Murray. ‘It’s difficult to make decisions across many countries, but if there was more of an EU mandate regarding psychedelics and the acceptance for research purposes, I think that would help further things along.’

From this, a local and regional viewpoint, it is also crucial to address the adoption of suitable regulatory frameworks that look at the development of treatments with psychedelics from both a medical and pharmaceutical perspective.

‘First and foremost, clinical trials need to be done, and I think it’s a good reason for going down the pharmaceutical route. But I can say that the medical framework and pharmaceuticals can coexist,’ explains Muslimov. He adds that treatments such as those offered by Synthesis Institute clearly demonstrate the positive impact on access to mental health solutions where a medical framework exists, but that ‘the problem that should be solved here is understanding that both frameworks can actually coexist and maybe even interact together for the common goal to change the paradigm of mental health therapists’.

This is perhaps the real crux of the recent psychedelics ‘renaissance’: providing real solutions to the ever-increasing number of people suffering from poor mental health. In the 1950s and 1960s, certain psychedelics, such as psilocybin and LSD, showed early promise in the treatment of a variety of mental health disorders, before they fell out of favour with the medical research community when they were adopted by the ‘hippie’ counterculture of the time. The majority were classified as controlled substance (Schedule I) drugs under the Convention on Psychotropic Substances, 1971, and research into the enormous potential of these naturally occurring substances began to fade out.

Today, following the approval of protocols to allow the study of LSD in certain countries, including Switzerland and the US, just over 10 years ago, institutions in both North America and Europe, both academic and foundations, have begun running clinical trials again. In the US, several psychedelic research programmes are taking place at various institutions, for example, Johns Hopkins, NYU and UC Berkeley, while in Europe, Imperial College London is leading the way.

According to Nick Murray, ‘When it comes to research itself, we’ve really noticed a ripple effect when an academic institution takes it on either privately or a little quieter than really publicly announcing… but it does further the governments and the regulatory bodies when they do have an academic institution that’s willing to start the ripple in that country.’

When looking at the relationship between research and the regulation in the industry, there is a lot to learn from the recent development of the cannabis industry. There are inevitable parallels and similarities between psychedelics and cannabis – both are naturally derived and plant-based, with most psychedelics classified as Schedule I/Class A drugs, as is cannabis. The trend towards normalisation of substances that have traditionally been prohibited or regarded as illicit, such as cannabis, is beginning to influence attitudes toward psychedelics.

The European cannabis sector is seen as an opportunity for entrepreneurs and founders of cannabis companies to look at the pharmaceutical formulations. For example, in one of the largest cannabis pharma acquisitions to date, Jazz Pharmaceuticals gained access to the European market through UK-based GW Pharma, at a price of US$7 billion. In North America, where federal prohibition doesn’t allow for clinical research to be undertaken, although it is very advanced on the cannabis regulation side, very little has been done in terms of clinical trials, which could explain why the European pharma market is so appealing for cannabis companies.

According to Muslimov, ‘We invested in a spinout from Beckley Foundation, which accumulated 20 years of research. So, spinouts from universities are a perfect breeding ground for new entrepreneurs and new companies emerging. From that angle, I see that Europe can take a leading role in cannabis pharma. And for psychedelics, we actually see companies like Atai Life Sciences, for example, which was founded in Germany, or COMPASS Pathways, which is based in the UK. I think the reason for that is there is less red tape in terms of the compliance with regulation. And that may be one of the reasons why those companies actually choose to be based in Europe.’

While North America and Europe may have different approaches to the psychedelics industry, insights from the PSYCH Investor Summit: Europe and Asia demonstrated clear opportunities for both, not only in economic terms but also, more importantly, in transforming the way we treat people’s mental health. With this shared goal and a long road ahead, there is a clear opportunity for both markets to learn from each other.

View the full panel discussion on the PSYCH YouTube channel.