With psychedelic healthcare set to be regulated around the world, a race is on to secure valuable intellectual property, which will enable companies to influence and stake a claim in the emerging landscape.

In the UK and North America new drugs are patented upon discovery, rather than regulation, with a patent term of 20 years. MDMA was first patented in 1914, LSD in 1957 and psilocybin in 1963, so the patents governing their use have long since expired.

As a result, companies are creating novel psychedelic compounds and formulations, based on classic tryptamines, which can be patented, and are regulating these through clinical trials.

By creating new molecules, drug developers can overcome challenges faced with traditional psychedelic medicines. Concerns have been raised over duration and bioavailability as well as variability between patients, which impact their integration into existing healthcare frameworks.

Speaking with PSYCH on the subject, Cybin’s CEO, Doug Drysdale, said: ‘One patient might have quite a mild response to a dose that has a very profound response in another. This unpredictability is exactly what the FDA and healthcare providers do not want, particularly with psychiatric patients.

‘Overall, CYB003 is about half as variable as traditional psilocybin. In fact, at peak plasma levels it is about 80% less variable, and we hope that that will lead to far more predictable responses for patients.’

Through the development of medications with consistent outcomes, companies are better positioned to demonstrate treatment efficacy and design paradigms that promote their regulatory approval and adoption.

In publicly funded healthcare systems, such as the NHS, ensuring cost-efficacy is key. This was seen by the MHRA’s refusal to regulate the Johnson & Johnson esketamine nasal spray Spravato over uncertainties of its price.

Due to its duration, concerns have been raised over the cost of psilocybin-assisted therapy – as experiences can last eight hours. Through chemical deuteration, companies are investigating how to reduce this timeframe and, subsequently, the treatment’s cost.

‘To take up a whole room for a whole day with a single patient is inefficient,’ said Drysdale. ‘This resource requirement limits accessibility for patients, so we’ve managed to increase the speed of onset by two times and cut duration in half.

‘This means a patient will spend less than half of the time in the clinic than they would with traditional psilocybin. This frees up the resources and makes the treatments more accessible.’

While some in the industry believe patents can promote the accessibility of psychedelic healthcare, others feel they stifle industry innovation, competition and treatment availability.

In an attempt to control market share in psychedelic healthcare, drug developers are filing patents on large swathes of psychedelic compounds, often before their medical value has been identified.

There is a fear this could lead to an oligopoly in the market, whereby a handful of early movers have patents on the vast majority of tryptamine derivatives. To prevent patents stifling research in the field, particularly where they utilise publicly available information, organisations have started to contest copyright claims.

Freedom to Operate challenged UK-based COMPASS Pathways’ patent on a crystalline form of psilocybin, granted in March last year. The non-profit advocacy group claims it is an amalgamation of previously documented formulations and not differentiated significantly enough to be copyrightable.

However, many believe a comprehensive patent strategy is essential to extend commercial opportunities and return investment to shareholders. Intellectual property was the subject of debate between MAPS’ Founder Rick Doblin and atai Life Sciences’ Founder Christian Angermayer, at the PSYCH Investor Summit. 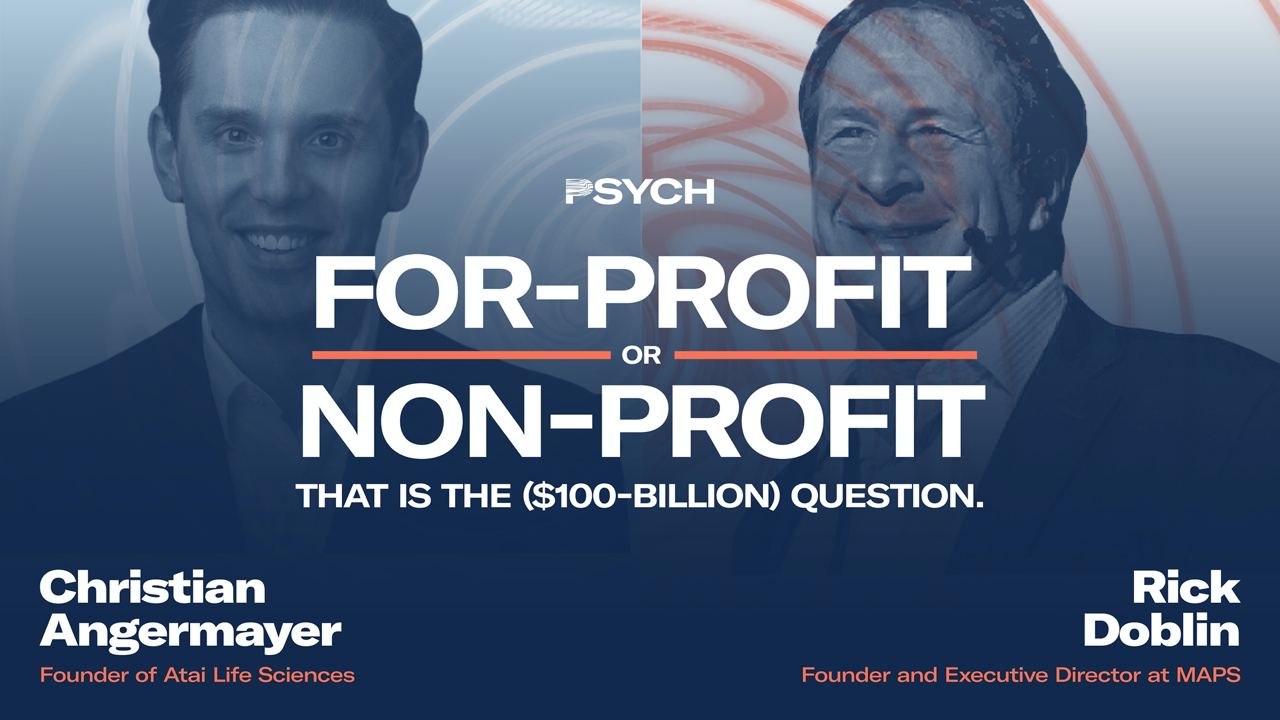 atai is COMPASS’s largest shareholder and also has a robust patent portfolio. Angermayer spoke candidly on the strategy: ‘To approve medical drugs in the existing framework is pretty expensive. Therefore I need capital, and I get capital if I make a business model out of it. So, I need to secure it with patents.’

The approach was not disputed by MAPS’ Rick Doblin, whose organisation has obtained data exclusivity for its clinical trials to treat PTSD. MAPS applied for data exclusivity to secure the ownership and confidentiality of data provided to regulators, so it cannot be used to obtain regulatory approval for a similar medication.

The organisation’s revenue target for its data exclusivity period is US$7 billion – with 500,000 patients served. PSYCH estimated revenues, at a cost of US$7,543 per session, could reach US$15 million in its first year of regulation.

For further market intelligence and over two hundred pages of investor insights, download The Psychedelics as Medicine Report: Third Edition.