2021 was a seminal year for psychedelic medicine, with data released from groundbreaking clinical trials harnessing MDMA and psilocybin. The therapeutic potential of these treatments became headline news internationally, with the UK’s campaign to reschedule psilocybin raised directly with Prime Minister Boris Johnson.

A series of significant milestones have driven substantial investment in the sector, but many psychedelic healthcare portfolios have performed poorly. A major factor has been the emergence of COVID-19 restrictions, resulting in a widespread stock market sell off, alongside high expectations of value inflection points.

Company valuations have decreased across the board, but the value proposition of psychedelic medicines is only set to increase. The mental health crisis shows no signs of abating and psychedelic-assisted therapies for PTSD and depression could save European economies US$87 billion a year. 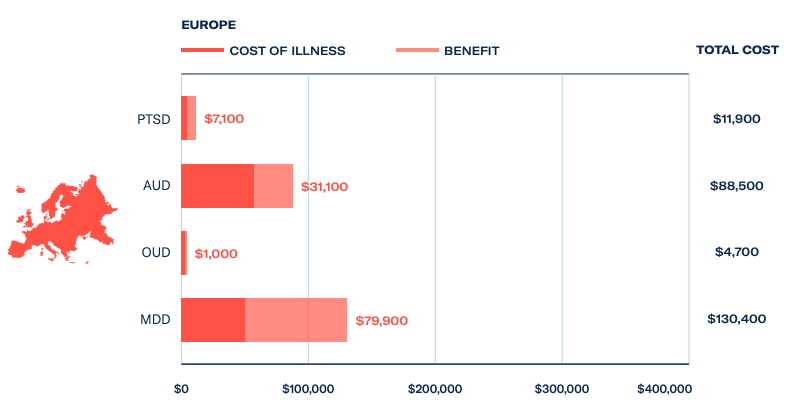 Over 300 clinical trials with psychedelic medicines have taken place since the turn of the century, with 2021 hosting the most pivotal to date. In May, MAPS released data from its Phase III clinical trial with MDMA to treat PTSD. 88% of participants who received three controlled and supervised MDMA-assisted therapy sessions experienced a clinically significant reduction in symptoms, with 67% no longer qualifying for PTSD diagnosis.

The study demonstrated MAPS’ MDMA protocol had substantial safety and efficacy in the treatment of PTSD, with the non-profit expecting FDA and MHRA approval in 2023 and 2024 respectively. To discuss the trials findings, MAPS’ Founder Rick Doblin delivered a keynote address at the PSYCH Investor Summit: Research & Development. 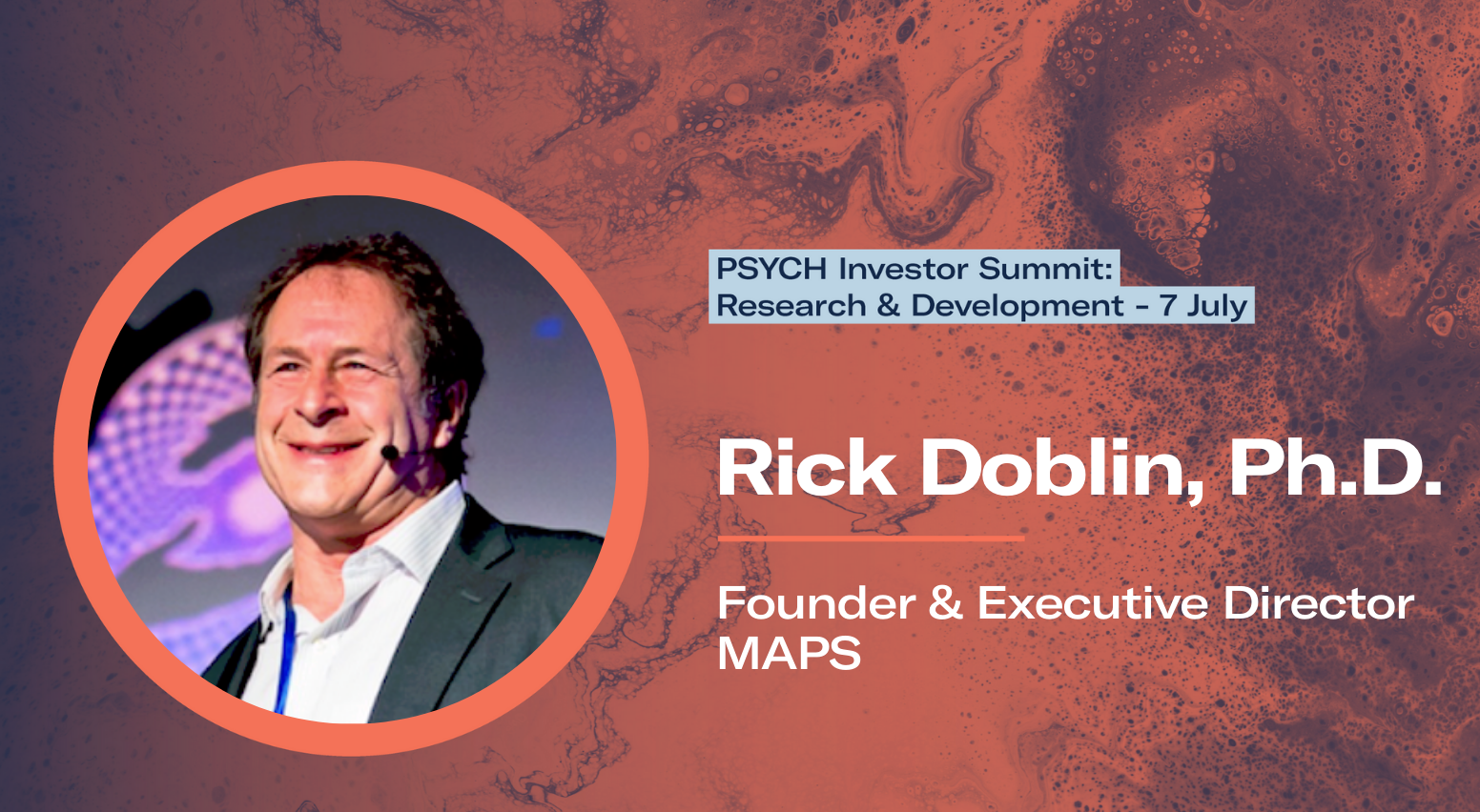 The clinical trials’ impressive results garnered mainstream coverage across the media landscape, with The Telegraph, Guardian, The New York Times and The Wall Street Journal reporting the data with universal acclaim. As a result of the proven potential of psychedelic medicines, and the growing demand for mental health solutions, investment in psychedelic companies has surpassed US$2 billion.

UK-based COMPASS Pathways is the publicly-listed entity furthest along in the regulatory approval process, and in 2021 raised US$144 million for its psilocybin formulation COMP360. Topline results from its Phase II clinical trial with COMP360 in treatment-resistant depression were released in November, and despite the data’s positivity the company’s share price dropped sharply.

The data revealed COMP360 was well tolerated in patients and produced a statistically significant reduction in depression symptoms. However, concerns over the treatment’s durability after 12-weeks and adverse events at higher doses marred the results for investors.

The announcement was released in tandem with financial results, which reported a surge in operating and net losses US$100 million. Due to a series of shakes for the company, by the end of the year its share price had fallen to US$22, from a 52-week high of US$60.

However, many financiers are buying the dip and doubling down on their investment. When COMPASS Pathways’ share price fell following the release of its clinical trial data, atai Life Sciences increased its support a further US$12 million.

As the largest shareholder in COMPASS, atai has fared worse than most in 2021 – with its share price falling 50% since its June IPO. When questioned on the slide, Christian Angermeyer, atai’s Chairman, said his family office was holding onto its 17% stake in the company and that ‘it is imperative for me to be in this journey for the long run.’

Angermeyer contributed to this year’s The Psychedelics as Medicine Report, and remained bullish on the industry’s potential: ‘I believe that psychedelics represent one of the best shots we have in combatting the mental health crisis,’ he commented. ‘So now it’s all about execution, transforming the prior evidence we have on psychedelic compounds into FDA compliant, modern, rigorous scientific data, so that we can bring new treatments to the people who really need them.’ 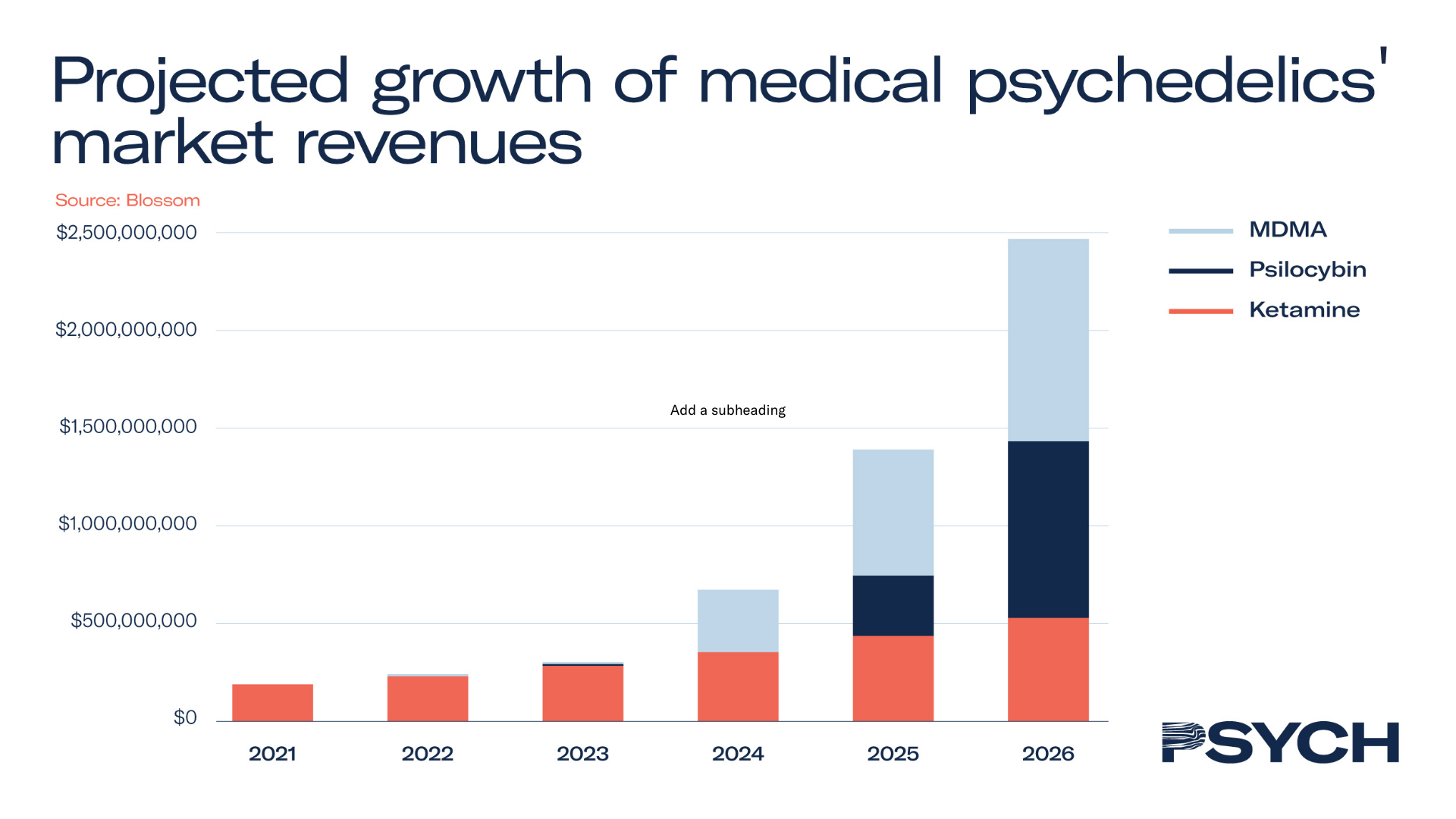 The fall in valuations of psychedelic companies at the forefront of the industry presents lucrative opportunities for investors across the sector. The FDA has designated MDMA and psilocybin treatments as breakthrough therapies, signalling support for their adoption at the federal level.

This could translate to greater guidance on the development of clinical trials, which may include greater flexibility in a multi-dose study to achieve sustained positive outcomes. 23 Phase II clinical trials with psychedelic medicines have been scheduled for 2022, with a dozen utilising MDMA, psilocybin and its analogues.

Off the back of a rise in academic research, clinical trials, and commercial investment, the psychedelic healthcare market was valued at US$190 million in 2021. As the nascent industry is expected to exceed US$2.4 billion by 2026, it presents promising growth opportunities for early investors, which have only been heightened by the recent slump in share prices.