On Wednesday, 11 May, thought leaders from across psychedelic healthcare converged at the National Gallery for the inaugural, and sold out, PSYCH Symposium.

PSYCH Symposium: London 2022 took place against the backdrop of a deepening mental health crisis, with a surge in clinical trials demonstrating the potential of psychedelic medicines.

As the industry expands, the opportunity for thought leaders to connect and collaborate is essential to enhance patient accessibility. This sentiment was echoed by MindMed’s Chief Medical Officer Daniel Karlin.

‘Having this many thought leaders in the field in one place really provides ample opportunity for everybody to get to exchange ideas, and to try to progress the work we all think is so important,’ said Karlin. 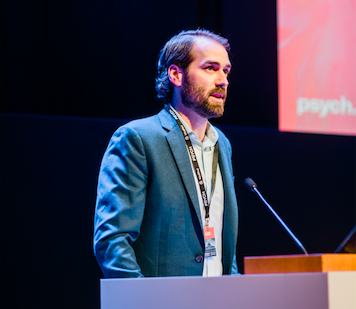 MindMed’s Chief Executive Officer, Robert Barrow, delivered the opening keynote, in which he spoke about the importance of industry cooperation and the creation of a new paradigm to treat mental health disorders.

‘One or a few administrations can lead to a rapid and sustained benefit,’ expounded Barrow, ‘something we have heard from numerous regulators that they see as a game changer, something that meaningfully shifts how patients are cared for.’

The largest-ever commercial trial with LSD

In a study of 500 patients with anxiety disorders, 65% saw anxiety levels reduced by over 30%. It has been the first study to show significant lasting effects of a psychedelic medicine, with LSD producing fast and long-lasting reductions in anxiety and depression symptoms up to 16 weeks post-treatment.

Alongside researchers from University Hospital Basel, scientists from academic institutions across Europe were in attendance, including delegates from the University of Oxford, Cambridge University, and Imperial College London.

‘We came to PSYCH Symposium because it is an opportunity to network with some of the best scientists in the world in this area, as well as investors on the business side,’ said Dr Del Potter, Chief Scientific Officer at Alvarius Pharmaceuticals.

Alvarius Pharmaceuticals is researching and developing unique therapies to treat addiction with 5-MeO-DMT. Dr Potter delivered a presentation on why the compound was the most compelling for addressing addiction.

Importantly, this focused on access and affordability, with the short duration of treatments increasing opportunities for scalability. The therapeutic efficacy of 5-MeO-DMT is supported by extensive anecdotal evidence, with Irish biopharmaceutical company Alvarius nominating a patented pre-gastric formulation for clinical trials. 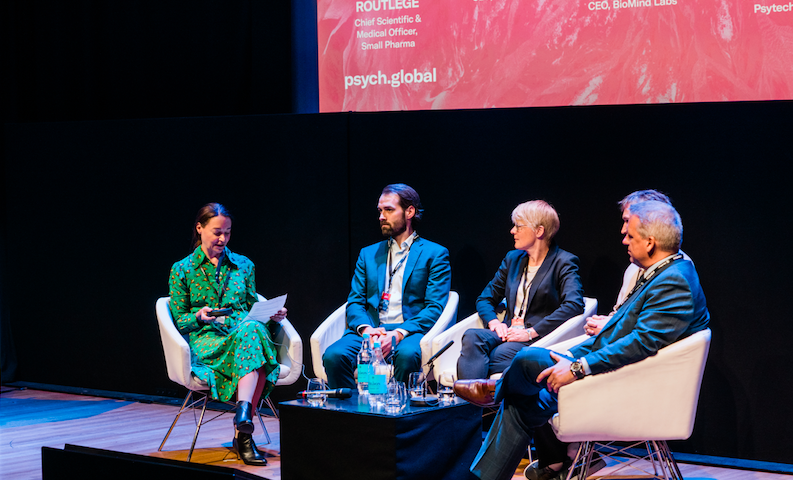 As Europe’s premier psychedelic healthcare conference, PSYCH Symposium champions the continent’s emerging ecosystem. In recognition of the early opportunities in the UK, at the groundbreaking event Biomind Labs announced it was relocating from Toronto to Cambridge.

‘More research is needed,’ said Antalich. ‘But we are creating enough evidence to convince policy makers, government agencies and regulators to get these drugs approved.’

This was followed by an exclusive announcement from Kernel, which released data from proprietary brain-scanning technology Kernel Flow. Kernel Flow measures neuroactivity before, during and after a psychedelic experience, to produce quantifiable data for researchers and regulators.

‘We have been through an unimaginable mountain of red tape to be able to manufacture controlled substances,’ commented Lightburn. ‘It is frustrating that to do legitimate research you have to jump over an unbelievable amount of hurdles.’ 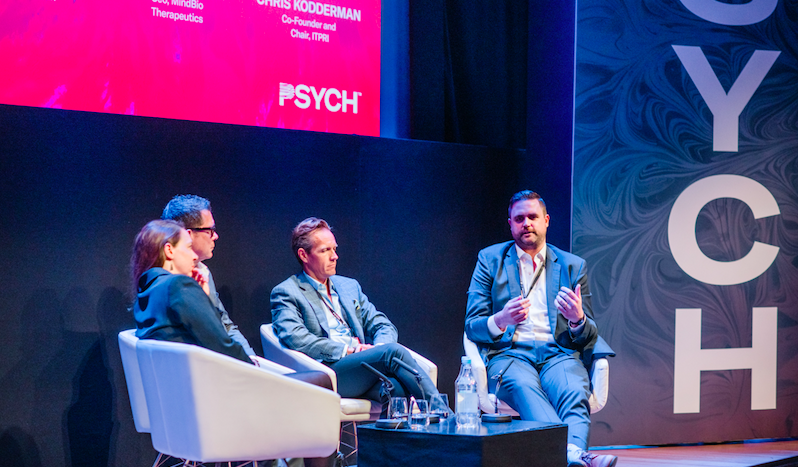 Keating commented on scheduling and the framework adopted in New Zealand.

‘We can talk about scheduling of substances for hours, but our view is we have to be impactful across the board.

‘Our patients and our cohorts can have their microdoses of LSD delivered to their home and they can administer the doses…It is quite extraordinary in terms of the progressive nature of regulations over there from a research perspective.’ 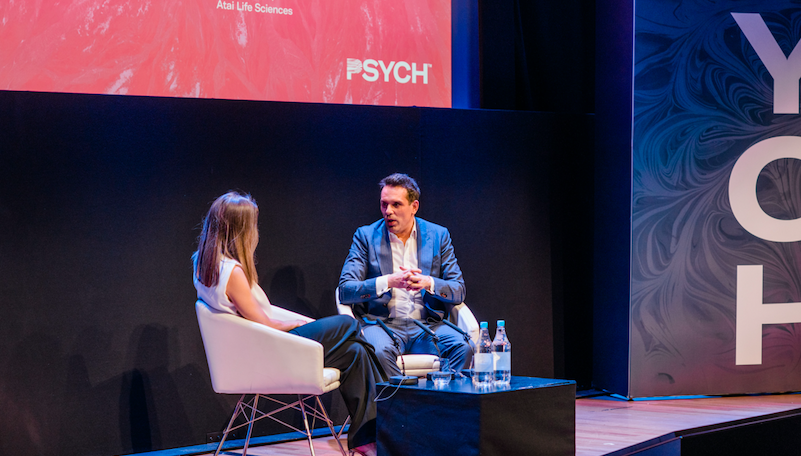 Lundberg put to Angermayer that biotech stocks had fallen across the board and asked for his insight on the current market. Angermayer recently purchased a further million shares in atai and outlined the impact of macroeconomics and why he believes psychedelic stocks remain a great investment.

‘Give me one quality biotech stock and I can tell you why the stock price should most likely be five X,’ claimed Angermayer bullishly.

Angermayer owns roughly a quarter of UK-based COMPASS Pathways, and in 2024 the British company expects its psilocybin therapy to be approved for treatment-resistant depression.

With key decision makers and industry leaders from psychedelic healthcare at PSYCH Symposium: London 2022, Negev Capital sponsored an evening networking reception at Bisushima. This facilitated the sharing of ideas and opportunities that will contribute to the future of psychedelic healthcare, as PSYCH continues to unlock the industry’s potential.