What if there was a medicine which could effectively cure treatment-resistant depression, a condition which negatively impacts the quality of life of more than 100 million people worldwide? What if there was a treatment for substance misuse, such as opioid dependence, which has claimed the lives of more than 230,000 Americans to date, or nicotine addiction and tobacco, which claim the lives of up to 8 million people globally every year? There is mounting evidence to suggest that naturally occurring compounds present in plants and fungi, as well as certain similar synthetically derived substances, possess the potential to do just that. They all share a number of common characteristics. Central among these is their hallucinogenic properties. Psychedelics.

As part of the programme for the PSYCH Symposium at Prohibition Partners LIVE, a two-day virtual conference held on 22 and 23 June, world-class speakers, including highly respected academics, experts in psychedelic law, industry giants and pioneering investors, came together to discuss psychedelics and their potential to disrupt everything from conventional treatment for mental health conditions to spirituality and personal development.

The need to address the challenges presented by mental health conditions such as anxiety, depression and PTSD has never been more acute. However, the tools traditionally used to tackle them have barely changed in half a century.

“Big pharma has now largely moved out of the psychiatric space. Their medicines aren’t working very well.” Rick Doblin, Executive Director and founder of MAPS, discussing the future of psychedelic medicine on the Psych Symposium stage.

Psychedelic therapeutics offer a promising alternative to conventional pharmaceutical treatments but will need to navigate some obstacles if they are to become mainstream medicines. Recurrent themes arose during the panel discussions and presentations at the PSYCH Symposium. We examine just a few of them here.

The stigma attached to psychedelic drug use and the negative connotations of the hippie counterculture of the 1960s represents a significant obstacle to mainstreaming the use of psychedelic compounds for the treatment of mental health conditions. Entheogens (plant-based substances) such as psilocybin, ibogaine and ayahuasca, among others, remain victims of a smear campaign dating back to the Single Convention on Psychotropic Substances of 1971 and the ‘War on Drugs’ spearheaded by Richard Nixon. Synthetic compounds such as MDMA, LSD and ketamine have also been tarnished by association and dismissed as ‘party drugs’.

Since the 1940s, many highly respected scientists and academics discovered what several indigenous communities around the world have known for millennia – that these compounds possess healing properties. The compounds tested in clinical trials and developed as medicines in GMP facilities are far removed from the illegal drugs of unknown origin available on the black market for recreational use. Unfortunately, the perception that psychedelic drugs are ultimately harmful still exists. Prohibition Partners’ proprietary data which indicated that 37% of adults in the UK and US think psychedelics actually cause mental illness rather than cure it.

“When they think about psychedelics, people bring a whole set of baggage with them and negativity with them rather than thinking about it and having an informed discussion about it. How it could help their brother or their loved one who has been through a bad time and on medication that doesn’t really work and has a whole bunch of nasty side effects.” Bruce Linton, psychedelics entrepreneur and MindMed board member, discussing next steps for investors on the Psych Symposium stage at Prohibition Partners Live. 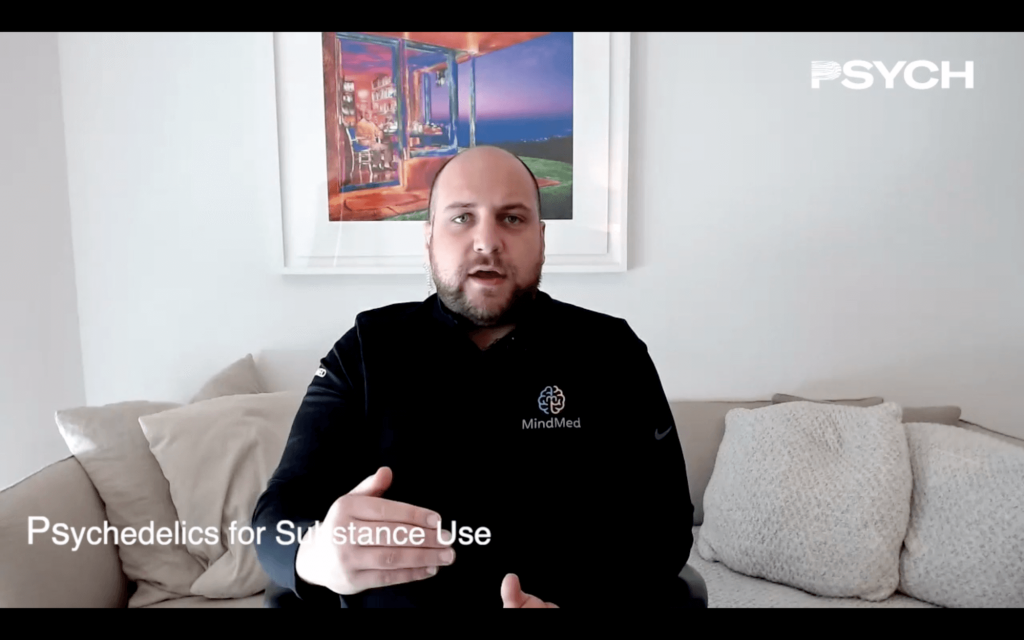 Thankfully, a huge percentage of adults are open to the idea of conducting more research into the potential benefits of psychedelics as medicines (81%). The growing number of clinical trials testing psychedelics as interventions for myriad mental health conditions, including PTSD but also depression, anxiety and substance use disorders, among others, have provided mounting evidence of their efficacy, making it harder for the industry to ignore their potential to transform the way mental health conditions will be treated in the future.

“I came to these medicines from a personal struggle. There is still a stigma issue but the only thing that we can do to prove that these are valid medicines is research. That’s why we’re gathering data.” JR Rahn, Co-founder and CEO of MindMed, discussing ‘Psychedelics for Substance Use Disorders’ on the Psych Symposium stage during Prohibition Partners LIVE.

A second recurring theme from the conference was the unique emphasis placed on ‘set and setting’, in other words, the patients’ frame of mind during treatment with psychedelics as well as the physical environment in which treatment takes place and the vital role which certified psychedelic therapists will play in assisting their patients to make sense of the psychedelic experience and incorporate it into their healing process (known as ‘integration’).

“This is not drive-through medication, it can’t be that way, the set and setting are critical.” Roger McIntyre, CEO of Champignon Brands, discussing the importance of set and setting on the Psych stage at Prohibition Partners Live. 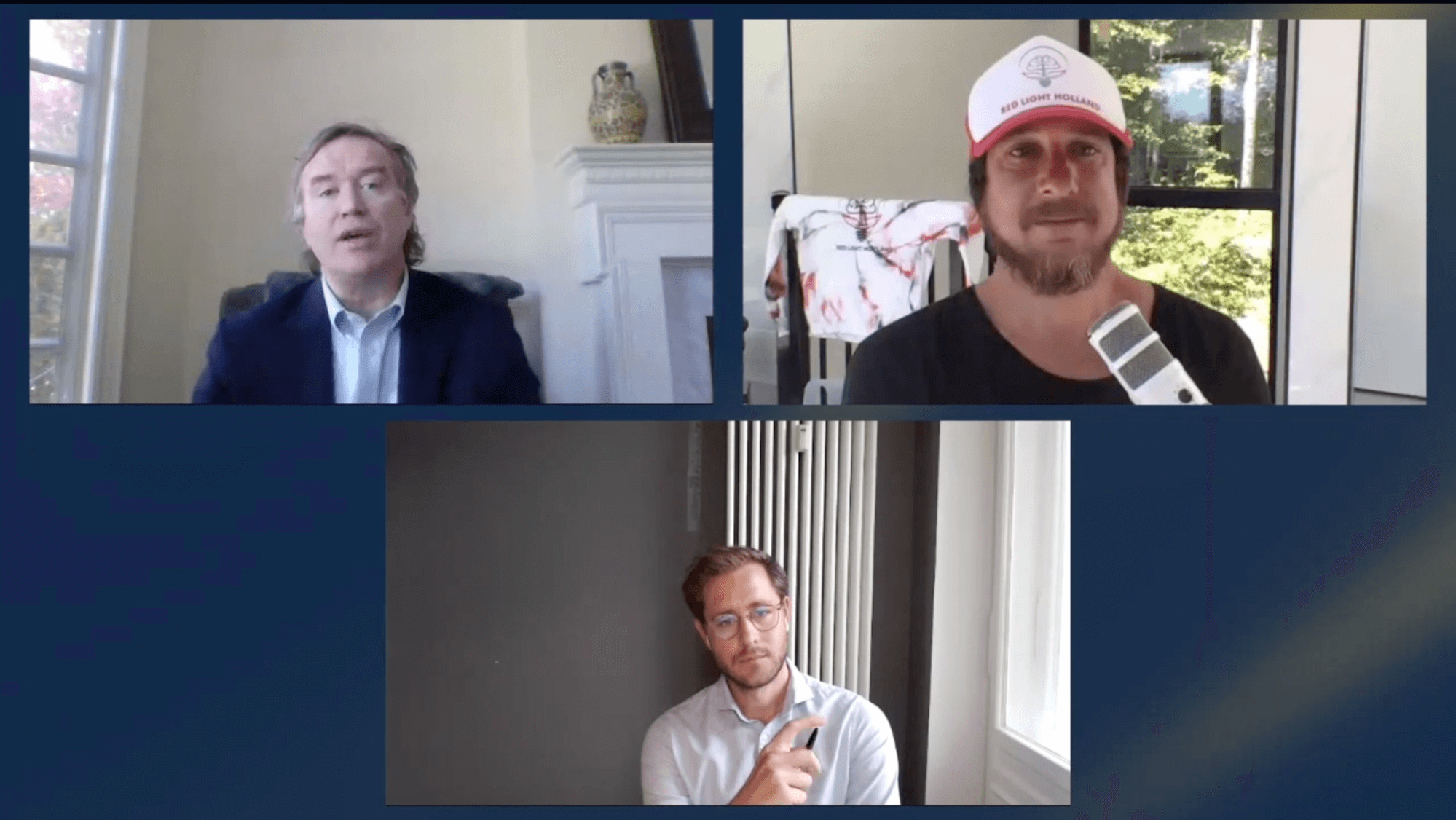 Another emerging theme focused on the inherent tensions which exist between those who prefer the psychedelic plants or mushrooms found in nature to be used outside of clinical settings, without medical intervention, and perhaps with a spiritual component; compared with those whose focus is the development of synthetic molecules, inspired by psychedelics in nature which are clinically trialled and patented, within a legal regulatory framework, often using a for-profit model. The ancient ceremonial use of psilocybin mushrooms or truffles for spiritual growth and development is one such example, compared with the development of synthetic psilocybin seeking regulatory approval for treatment of major depressive disorders, including TRD, within an approved and accredited psychotherapy. These tensions should not be insurmountable, however, and can be resolved to benefit both ideologies.

“With psychedelics, we need to ask how these substances fit into the backdrop of nature – and our policies need to reflect this.” Robert Laurie, during a discussion on psychedelic decriminalisation at Prohibition Partners Live.

For further unparalleled insights and information on the nascent psychedelic industry, read Prohibition Partners’ report Psych: Psychedelics as Medicine and watch out for the second edition of the report due 10 August, available at: https://psych.global/.